Belle
In 2008, Belle arrived at Camp Arbutus Hayo-went-ha in Traverse City, Michigan, as a stand-in for Mary Nehra’s real cat, also Belle. Mary, at that point a camper for the past seven summers, had long received letters and updates from her pets back at home.

For fun, Mary, along with friends Victoria Martin and Hannah Mooney, started to bring Belle along wherever they went. Both at camp and in the outside world, Belle joined for the adventure.

Once just a reminder of home while at camp, Belle’s meaning has evolved over the past ten years. She is a reminder of a hiking trip in Alaska, a group visit to Charleston, and an evening at a bar in Nashville. She is a tangible representation of summer camp, of friendship, of time spent together, and perhaps a joke taken too far.

Belle’s ongoing presence in Mary, Victoria, and Hannah’s lives is a defining and unifying aspect of their friendship, even as time passes and lives change. She continues to have agency and has recently taken on an important new meaning: serving as a memorial to the original Belle, who passed away in late 2017.

Belle, like many personal objects, has come to mean more than originally intended. Which objects in your life hold important meaning? What stories do your objects tell?

Hannah Mooney is a second year Master’s student in the Public Humanities at Brown University and a former camper and counselor at Camp Arbutus Hayo-went-ha. She thanks Mary Nehra and Victoria Martin for trusting her with Belle for this project. 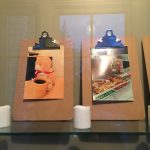 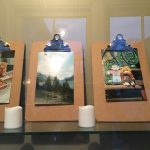 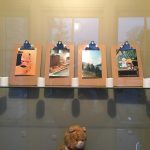 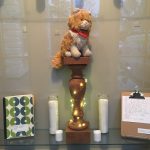 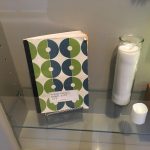 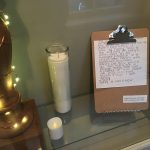