Pedro Pietri (1944-2004) is a foundational poet and playwright of the Nuyorican movement of the 1960s. A portrait of Pietri’s face is painted outside of the entrance of the Nuyorican Poets Cafe in the Lower East Side of Manhattan in New York City, marking his significance in the movement. Pietri is widely known for his poem Puerto Rican Obituary and his play Short Eyes. A POEM WITH/OUT explores one of his poems from his Telephone Booth series by moving his text off the page. Nuyorican poetry values words on and off the page equally–this exhibit falls in that same spirit. By exploding the book, with love, this tiny exhibit honors a big name.

Claritza Maldonado is a writer, poet and second-year American Studies Ph.D. student at Brown University. She studies Puerto Rican diasporic identities and communities through various cultural productions such as poems and murals with a particular interest in the intersections of the visual and the aural. 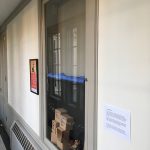 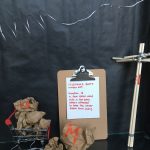 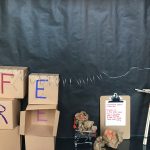 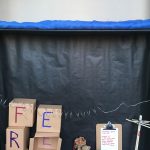 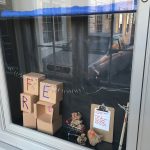 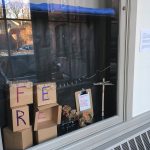 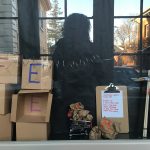 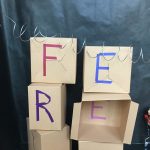