“It was a talisman that was hers but which she kept solely on a shelf, an object that might indeed be powerful but only if she brought it down and pressed it to her brow and asked something significant of it. But what was that? And how would she ever come to know?”
—Chang-rae Lee, On Such a Full Sea

“As we know, claims of the ‘real’ and the ‘authentic’ can impose coercions of their own.”
—Anne Anlin Cheng, Ornamentalism

I salvaged these objects from my grandmother’s home during May of 2018. After her passing, we sorted through her estate, each of us laying claims to various artifacts and consigning the rest to donation bins and junk piles. Her house was my Chinese American mecca: a site of homestyle meals, Chinese grocery store calendars, fresh 菠萝包, and the accumulated dust of family memory. Some corners of the house (the off-limits rooms for childhood hide-and-seek) I would only breach that spring. Trawling through her dresser drawers and old suitcases was a daring intimacy only afforded by death.

These objects are what I have left of that place. Some feel properly my own. Others find me as an unsuitable but necessary caretaker. Pulling together this mish-mash of objects, products, and scraps is my way of mining the alienations and intimacies of cultural loss, resilience, and silence in my family. In juxtaposing the “authentic” (an inherited cheongsam, an aged box of incense) with the “fabricated” (a McDonald’s “Happy Meal” toy), my intention is to trouble conceptions of Chineseness—both the West’s fascination with an imagined “authentic” Oriental culture, and the second/third generation Chinese American’s dubious search for an originary, ancestral culture.

Recognizing that to display these objects, in this place (the Brown family fortune coming, after all, in part from the “China trade”), is to unavoidably evoke the Orientalist gaze, Vestiges leans into the museum installation’s history as a site of Western display and consumption of Chinese cultural difference. Inevitably, then, this is a project and process of objectification, one which asks the viewer to locate themself in the context of twinned objectifications: first, the visual and material Western consumption of “Oriental” objects which has rendered “China” as place and “china” as luxury item linguistically equivalent, and second, the memory practices through which Chinese Americans invest cultural and familial signification into inherited objects. Crucially, for diasporic subjects who inhabit that liminal space of double consciousness, this project questions if the two can ever truly be separated.

Mark Tseng-Putterman is a writer and, as of this project, installation artist currently based in Providence, RI. He is a PhD student in the department of American Studies and a MA student in Public Humanities at Brown University. 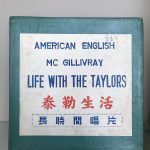 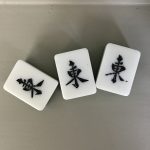 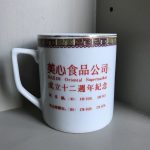 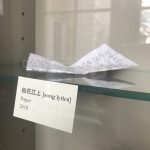 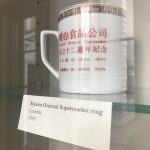 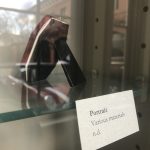 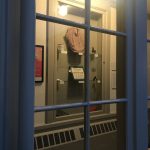 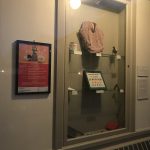